WHAT HAPPENED TO THE BLACK PEOPLE IN OAKLAND? In a single generation, Oakland, California's black population has dwindled from 44% to an estimated 26%. Using a unique cross-section voices, short film YOU A NOMAD reveals the systematic roots of gentrification and depopulation of African-American from cities nationwide.

BADWest presents three short films on January 28, 2019 - Allensworth: A Piece of the World retells the story of Colonel Allen Allensworth - YOU A NOMAD reveals the systematic roots of gentrification and depopulation of African-American from cities nationwide - UPROOTED reveals a dark story at the center of their family tree: Mr. Miles was lynched in Louisiana in 1912.

Allensworth, You A Nomad, Uprooted

YOU A NOMAD Directed by Shirah Dedman 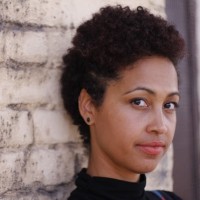 SHIRAH DEDMAN is a filmmaker, lawyer and activist. After dropping out of high school at 15, she became a licensed attorney by the age of 23 yet found herself un- and under-employed. But through perseverance, she managed to build a film career that included positions at William Morris Agency, DirecTV, and Paramount Pictures. So after her last layoff, she decided to relentlessly pursue her true passion: creating content reflecting the intersection between economics, race and the environment. Her Afrofuturist short film, LET HER IN (2016) was selected for several international film festivals and licensed by Shorts TV. Shirah's documentary project, YOU A NOMAD, received support from the 2016 Cucalorus Work-In-Progress Program, screened at Netroots Nation 2018, and was licensed by Free Speech TV. Shirah is a 2018-2019 Associate of the Investigative Reporting Program at UC Berkeley, and an Associate of Equal Justice Initiative's Lynching in America community education project.

ALLENSWORTH: A PIECE OF THE WORLD Directed by James Kelty 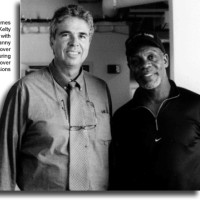 In 1909, the colony of Allensworth began to rise as the first town in California founded, financed and governed by African Americans. The town flourished for several years, building a school and library by 1911. However, the town began to decline after Colonel Allensworth's death in 1914 and other challenges such as a failing water supply and loss of status as a railroad transfer point for the Santa Fe Railroad. Many residents left during the 1920s and 1930s to seek industrial jobs in larger cities. In 1974, the State of California purchased 240 acres of the town and surrounding land and created Colonel Allensworth State Historic Park to preserve the town as a living example of the pioneering dream and to celebrate the rich African American culture of Allensworth residents. Narrator: Danny Glover

UPROOTED - Growing up in California, Luz Myles, Phoebe Dedman, and Shirah Dedman, knew little about their grandfather, Thomas Miles Sr. When their grandmother died, they found a box of old articles, revealing a dark story at the center of their family tree: Mr. Miles was lynched in Louisiana in 1912. The short film follow along as the women head south, seeking answers about a man-and a place-they have never truly known.

Allison Davis (Co-Director) is currently a staff writer on a scripted series for OWN. Previously, she was Sr. Writer and Story Producer at Google. Recently, as the Associate Artistic Director of the Museum of Contemporary African Diasporan Arts (MoCADA), she oversaw all programs and exhibitions. Nick Carbonaro (Co-Director) is a Creative Director & Filmmaker for documentary projects and collaborations with nonprofits. In this life, his goal is to tell stories that introduce people to new and unconsidered points of view.