In a tiny community in the middle of Alabama there lives, together with their families, a group of African American women who have been practicing this craft for decades. This art form saved their lives and has made them rich. Rich in stories, rich in friendships and rich with the knowledge that only things of a collective nature deliver abundance for all in the end. The director follows these women in their everyday lives, and over a brief period we experience the depth of said lives, the grief that accompanies them, the blessings that they have been fortunate to receive and now pass on.

WHILE I YET LIVE 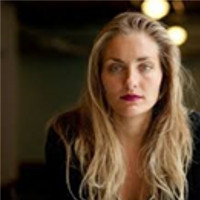 Maris Curran - She studied at the School of the Art Institute of Chicago and also participated in the Whitney Museum of American Art's Independent Study Program. Her debut film Five Nights in Maine, starring David Oyelowo, Dianne Wiest and Rosie Perez, premiered at the Toronto International Film Festival. She is currently working on her second feature film.

With her fiancé in jail, single mother Alone Watts must decide whether to go through with their wedding. This documentary short film investigating the layers of mass incarceration and its shaping of the modern black American family is seen through the eyes of a single mother in New Orleans, Louisiana. Note: This documentary short film won the Short Film Jury Award in non-fiction at the 2017 Sundance Film Festival. 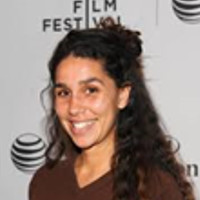 Garrett Bradley is an American filmmaker and director of short films, feature films, documentaries, and television. In 2017, she won the Short Film Jury Award at the Sundance Film Festival for Alone, which was then released by the New York Times' Op-Docs series. She has also directed an episode of Ava DuVernay's series Queen Sugar 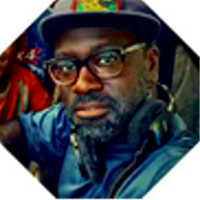 Jerry Henry, Director of Photography - While I Yet Live

Skip Day, Alone, While I Yet Live

SKIP DAY
Intimate glimpses of one very special day in the lives of high-school seniors from an industrial corner of the Florida Everglades: prom's over, the future is uncertain, and the irresistible pull of the beach makes the long-time friends drive 60 miles to chill, pose and revel in the waves. A film by Ivete Lucas & Patrick Bresnan.

RABBIT HUNT
Every weekend, seventeen year old Chris and his family hunt rabbits during sugarcane field burning and harvesting in the Florida Everglades.

THE SEND OFF
Emboldened by a giant block party on the evening of their high school prom, a group of students enter the night with the hope of transcending their rural town and the industrial landscape that surrounds them. A film by Ivete Lucas & Patrick Bresnan. 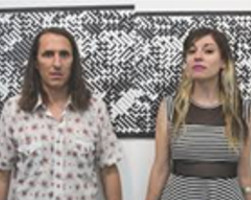 EDITOR Ivete Lucas is a director, producer, and editor based in Austin, Texas. She was born in Brazil and grew up in Mexico. For the past 10 years, she has been making video art and co-directing direct cinema documentaries with her partner Patrick Bresnan. Their latest short film SKIP DAY won the Short Film Prize at the Directors Fortnight at Cannes. THE RABBIT HUNT, their previous film, won over 20 festival prizes and the Cinema Eye Honor. PAHOKEE is her first feature-length film, premiere at Sundance.

Patrick Bresnan is a visual artist and filmmaker who holds a Masters Degree in Sustainability from the University of Texas at Austin. After a formative period working for prominent Mission School artists Barry McGee (aka Twist) and Clare Rojas, he co-directed the short documentary THE SEND OFF (2016) with his partner Ivete Lucas. His short, THE RABBIT HUNT, world-premiered at Sundance in 2017 before competing at the Berlinale, and has won over 20 awards including The Cinema Eye Honor. In 2017, he and Lucas directed the short Roadside Attraction which premiered at TIFF. He is currently developing a new film in the Florida panhandle.