WHILE I BREATHE, I HOPE 4th Monday Community Screening October 24, 2022

What does it means to be young, black, and a Democrat in the American South? While I Breathe, I Hope follows South Carolina politician Bakari Sellers as he runs to become the first African American candidate elected statewide in over a century. The film begins by following Sellers as he makes his 2014 bid for Lieutenant Governor, through the Charleston Shootings, and during the removal of the Confederate flag in 2015. Through his experiences, this timely film offers audiences a window into the legacy of race in politics in the United States today.

"While I Breathe, I Hope"

In 2014, Bakari Sellers–one of the youngest sitting members of the South Carolina House of Representatives–campaigns to be the first African American elected to statewide office since the 1870s. He runs for Lieutenant Governor, the second highest office in the state. The son of Cleveland Sellers, a prominent 1960s Civil Rights activist who was a leading member of SNCC, Bakari understands the difficult race relations in the American South. “Our race is not about what South Carolina was, it’s not about what South Carolina is, but it’s about what South Carolina can be,” he says. But as a Democrat in a red state, Bakari has a tough race ahead. News media consistently place Bakari behind his Republican opponent, Henry McMaster. Moreover, South Carolinians have not elected a Democrat to state office since 2006. Bakari doesn't help his electability among white voters when he makes removing the Confederate Flag part of his campaign platform. But he refuses to give up. “I can’t win if I don’t run,” he states. But, in the end it seems South Carolina isn’t ready for the kind of change Bakari wants to bring to his state.

Just months after the election, racially motivated shootings in Charleston in June of 2015 throw Bakari back into the spotlight. As he struggles to deal with the brutal death of his friend Clementa Pinckney, he finds thousands of faces turn to him for leadership. Bakari rises as a spokesperson for the community while also trying to unravel and understand the strained race relations of his beloved state. As the Confederate Flag drops from the State House grounds, he is on national television explaining the momentous nature of this event. In one of the most significant moments of his life, Bakari addresses the Democratic National Convention in Philadelphia. He brings audiences to their feet as he proclaims “Stand up for progress. Stand up for justice. And stand up if you know like I know that we’re stronger together!” 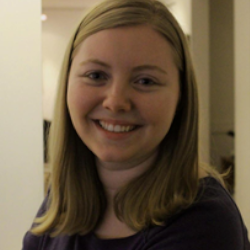 Emily Harrold, Producer/Director, is a documentary filmmaker from Orangeburg, South Carolina. Her films have screened at festivals including the Tribeca Film Festival, DOC NYC and the Telluride Film Festival. Her short film Meltdown In Dixie, a TOPIC original documentary that is part of WORLD Channel’s America ReFramed Series, won the Academy Qualifying Best Short at the 2021 Big Sky Documentary Film Festival and has gone on to garner many awards including a 2022 dupont Columbia Finalist designation and a 2022 Silver Telly Award. Harrold produced the PBS American Experience documentary Flood in the Desert about the 1928 St Francis Dam Disaster, which premiered in May 2022. Her feature documentary directing debut, While I Breathe, I Hope about politician Bakari Sellers, won the documentary Audience Award at the 2018 New Orleans Film Festival, premiered on WorldChannel's AfroPop series in 2019, and won a 2020 Southeast Region Emmy. Harrold is also part of the team behind Discovery's Tigerland (Sundance 2019) and National Geographic's Ron Howard-directed Rebuilding Paradise (Sundance 2020). She is part of DOC NYC’s 2021 40 Under 40 Class. Harrold is a member of Film Fatales, Documentary Producers Alliance, and the collective The Filmshop. She is a graduate of New York University's Tisch School of the Arts.Director/Producer