You Belong To Me tells the 1952 story of Ruby McCollum, an African American woman who killed a prominent white doctor in Live Oak, Florida and the remarkable secrets and terrible truths revealed during her trial and incarceration.

The Black Association of Documentary Filmmakers West (BADWest) and Canon Hollywood in collaboration screens You Belong To Me: Sex, Race and Murder in the South directed by John Cork.

You Belong To Me:
Sex, Race and Murder in the South
The Ruby McCollum Story

Her case haunted jurors and prosecutors for decades. Ruby McCollum was the wealthiest black woman in Suwannee County, Florida. Her husband, Sam, ran the local Bolita numbers racket. Was Ruby insane or was the killing of Dr. Clifford Leroy Adams the last sane act of a woman whose wealth and status could not protect her from the blind indifference and humiliations of the Jim Crow South? The ghost of Ruby McCollum still roams the streets of Live Oak, Florida.

The 4th Monday Canon Filmmaker Screenings will be held on a Monday throughout the year at Canon's Los Angeles facility. Canon representatives will conduct a presentation before each screening, which will involve the filmmaker participating in a post screening Q&A. 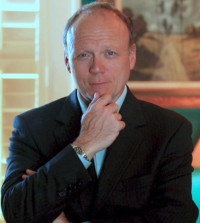 As the creative force behind well over 100 documentary shorts and two feature-length documentaries, Carmen Miranda: That Girl from Rio and Murnau, Borzage and Fox (co-directed with Lisa van Eyssen), John Cork's experience at writing, direction, and producing non-fiction film is extensive. After graduating from the USC School of Cinema in 1988, Cork first entered the feature film world, penning the script to 1989's acclaimed Civil Rights drama, The Long Walk Home. Having worked for most of the major Hollywood studios as a screenwriter, Cork moved full-time to documentaries in 1999, forming Cloverland, a full-service production company. Aside from running the company and guiding each of its productions to completion, Cork has also co-authored three books for the James Bond film producers: James Bond: The Legacy, Bond Girls Are Forever, and The James Bond Encyclopedia. Cork has consulted on numerous other projects, designed content for interactive games and the web. He lives in Carmel, California.