In 1973, Delta Sigma Theta Sorority, Inc. set out on an unprecedented mission to make a Hollywood style motion picture. "Countdown at Kusini," was released in April 1976 at the end of the Blaxploitation Era - a time when Black action films often criticized for negative depictions of Black women were extremely popular.

It was during this time that the international sorority, with a membership of 100,000 predominately Black women, wanted to see themselves portrayed in more favorable on-screen roles. Lillian P. Benbow, the president at the time, led the effort to make a film with a positive female lead. In the film, well-known actress and Delta member Ruby Dee portrays an African freedom fighter that lures an American jazz musician into the struggle for the liberation of her people.

It was shot in Lagos, Nigeria, and also stars Greg Morris, of "Mission Impossible," as the musician, and veteran actor Ossie Davis, as the rebel leader. "This was a bold move as a sorority, African American at that, deciding to be an executive producer or producer of a film. It had never been done before," said Bishetta Merritt, Delta member and retired Howard University film professor. 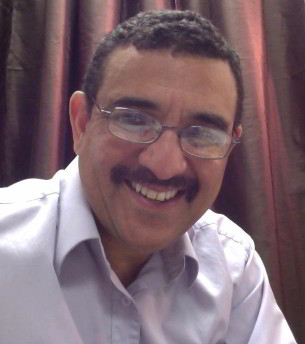 S. Torriano Berry is an award-winning independent filmmaker who has created and executive produced the anthology series Black Independent Showcase and Black Visions/Silver Screen: Howard University Student Film Showcase for WHUT-TV 32, in Washington, D.C. His two half-hour made-for-television movies The Light and When It's Your Turn were produced through the Minority Advisory Board of WPVI-TV 6, in Philadelphia, Pennsylvania. Berry is creator of the science fiction anthology series The Black Beyond, and his feature-length horror film EMBALMER, is available on Netflix home video. A 30-minute version of EMBALMER was a 1998 finalist in Showtime Network Inc.'s Black Filmmaker's Short Film Showcase. He is co-creator and director of Noh Matta Wat, the first dramatic television series of Belize, Central America.

As a writer, Berry co-authored the film resource books, "The 50 Most Influential Black Films," published by Citadel Press in 2001, and "Historical Dictionary of African American Cinema," Scarecrow Press, 2007 & 2015 ("A to Z of African American Cinema" - Paperback) He has also written two fiction novels: "Cry Tough!" based on his feature length screenplay "TEARS," addressing the roots of racism in America, and "The Honeyman's Son," a coming of age adventure set in 1940s America.

Berry is a retired professor from Howard University's Department of Media, Journalism, and Film. He received his BA in Art/Photography from Arizona State University, and earned his MFA in Motion Picture Production from the University of California, Los Angeles. He lives in Washington, D.C.

Q&A with S. Torriano Berry after the screening.