Spirits of Rebellion: Black Independent Cinema from Los Angeles documents the lives and work of a small critically acclaimed group of black filmmakers and media artists known as the Los Angeles Rebellion, a group brought together through shared experiences as students in the UCLA film production MFA program between 1967 and 1992.

FYI BADWest and Visual Communications' collaboration has been postponed.

Although relatively unknown, the Los Angeles Rebellion was the first collective of minority filmmakers in the US that aimed to reimagine the production process to represent, reflect on, and enrich the day to day lives of people in their own communities. It is now recognized as an important part of the Black Arts Movement on the West Coast. Spirits of Rebellion offers the story of the movement in an accessible style through over 30 interviews with the filmmakers today as well as archival footage, clips from rarely seen films of the group, and reflections from leading scholars on film history and African-American cinema. The LA Rebellion filmmakers were headlined by: Charles Burnett (To Sleep With Anger) Carroll Parrott Blue (Dawn at My Back) Ben Caldwell (I & I: An African Allegory) Larry Clark (Passing Through) Julie Dash, (Daughters of the Dust) Jamaa Fanaka (Penitentiary) Haile Gerima (Sankofa) Alile Sharon Larkin (Dreadlocks and the Three Bears) Barbara McCullough (Water Ritual) Billy Woodberry (Bless Their Little Hearts). 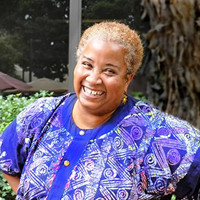 Zeinabu irene Davis is an independent filmmaker and Professor of Communication at the University of California, San Diego. She is comfortable working in narrative, experimental, and documentary genres. Her work is passionately concerned with the depiction of women of African descent. A selection of her award-winning works includes a drama about a young slave girl for both children and adults, Mother of the River (1996); a love story set in Afro-Ohio, A Powerful Thang (1991), and an experimental narrative exploring the psycho-spiritual journey of a woman with Cycles (1989). Her dramatic feature film entitled Compensation (1999) features two inter-related love stories that offer a view of Black Deaf culture. The film was selected for the dramatic competition at the 2000 Sundance Film Festival and won the Gordon Parks Award for Directing from the Independent Feature Project in 1999.

Her most recent work, Spirits of Rebellion: Black Cinema from Los Angeles (2016), won 7 awards, including the African Movie Academy Award and Best Feature Documentary & Audience Award from BlackStar. Professor Davis has received numerous grants and fellowships from such sources as the National Black Programming Consortium, Rockefeller Foundation, the American Film Institute, and the National Endowment for the Arts. She is currently working on two films, a dramatic short about an experience of COVID19 entitled, Pandemic Bread and a hybrid documentary, Stars of the Northern Sky, which tells the stories of the legal trials of abolitionists, Sojourner Truth, Phyllis Wheatley, and Marie Joseph Angelique.

BADWEST WILL BE ON HIATUS IN JULY AND AUGUST 2022. SEE YOU IN SEPTEMBER.