Six Exceptional Women is about Haitian women from various social classes that have made significant contributions to their country through art, education, and leadership.

The youngest is 80. the least young is 105. Micheline Laudun Denis is a renowned pianist, Vivianne Gauthier is a dancer and dance teacher, Emerante De Pradines is a professional singer who introduced voodoo songs to Haiti's high society, Madeleine Desrosiers is a peasant healer from Jacmel, Odette Roy Fombrun is the author of books on history, geography and citizenship, and Paulette Poujol Oriol is the president of the League of Women for Social Action. They are all exceptional women. 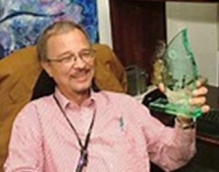 Haitian filmmaker Arnold Antonin has made some of the best films about Haitian art, Haitian Culture, and Haitian History. He is known at home and abroad for his social, political, and cultural commitment. He was honored for his work with the Djibril Diop Mambety award at the International Film Festival in Cannes in 2002. He has received many awards including the Paul Robeson best film award three consecutive times at the African Diaspora FESPACO in Ouagadougou in 2007, 2009, and 2011.