Raising Bertie is an intimate portrait of three African American boys as they face a precarious coming of age in rural Bertie County, North Carolina. Like many rural areas, Bertie County struggles with a dwindling economy, a declining population, and a high school graduation rate below the state average.

This powerful vérité film weaves the young men's narratives together as they work to define their identities and grow into adulthood while navigating complex relationships, institutional racism, violence, poverty, and educational inequity. 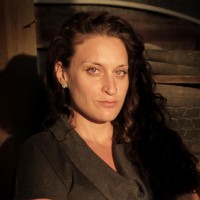 Haitian filmmaker Margaret Byrne (Director/Producer) has worked in documentary film for over 15 years. She was a cinematographer and an additional editor on the Emmy-nominated American Promise (2013), a thirteen-year project following the education of two black American boys from New York City, and Slaying Goliath (2009), a feature documentary following an urban youth basketball team. Margaret produced and edited a music documentary series which launched MTV across Africa in 2005. She was previously a creative director at Universal Music. She is the founder of Beti Films.