PARTY GIRLS: Exploring Politics Across America is a nonfiction series that documents a road trip taken by six politically-distinct millennial women who were preparing to vote for the first time in the 2016 Presidential election; and who were willing to explore the issues facing this country together.

Created and Directed by Michele Barnwell

The women, a young Republican woman from Georgia, a far-left Democrat from Michigan, an undecided teenager from Minnesota, a preacher's kid from southern California, an HBCU sophomore from Florida and a Latina born in America but raised in Mexico start the journey as strangers.

Were we really listening to millennials, women and people of color of varying political beliefs (conservatives and liberals) before the election? Would anyone listen to what they had to say (not just campaign to secure their vote)? Were people of different opinions/political parties/parts of the country talking to each other and not just about each other? What would we find if we did start talking? Would we survive the conversation or would talks implode on the first try? 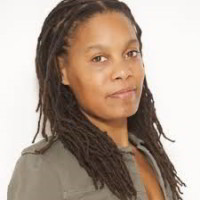 Director Michele Barnwell will be present for a Q&A after the screening.