The feature-length documentary, In Full Bloom...transcending gender, chronicles the lives of 13 transgender and two gay actors whose paths cross during the production of the unprecedented stage play, "A Lovely Bouquet of Flowers."

The 4th Monday Canon Filmmaker Screenings will be held on a Monday throughout the year at Canon's Los Angeles facility.  Canon representatives will conduct a presentation before each screening, which will involve the filmmaker participating in a post screening Q&A.

The film attempts to inform as well as to entertain, weaving behind-the scenes, rehearsal and performance footage with compelling personal interviews from the cast, dealing with family, inner conflicts, discrimination, coming out, surgery, hormones and the complexities of sexual identity and orientation. By sharing their own journeys, the actors transcend transgender by speaking to issues, such as relationships, careers and spirituality. "In Full Bloom...transcending gender," challenges the viewer to move past stereotypes and to see the commonalities we all share as human beings.

Director Michael Brewer will be present for a Q&A following the screening and will speak of his process of shooting the film. 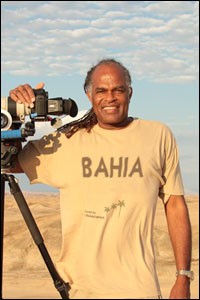 After graduating from Queens College in New York with a BA in Film/Television, Michael Brewer embarked on a distinguished Cinematography career lensing documentaries for PBS, ABC/Disney, History Channel, A&E Networks, Viacom, ESPN and others. His eclectic background as a world traveler and documentarian shapes his visual approach which strives to celebrate the beauty of the human spirit, while encompassing his signature cross cultural experience.  PBS Networks have twice recognized him with an Emmy Award for his work on "Reverend James Lawson," a short feature  focusing on civil rights leader, Rev. James Lawson and The National Education Award for "Bahia: Africa in the Americas." The Group W special series, "Evening in India," won Michael a New England Emmy Nomination for Cinematography. Drawn to both non-fiction and narrative stories, Michael's work has taken him to over thirty countries and generated substantial social awareness and revenue.