HAUNTED JAMAICA marks Michael's latest completed feature documentary. HAUNTED is surprisingly candid walk down the road of metaphysics and the paranormal on the island of Jamaica (Voodoo, Obeah, Ghosts).

What was to be a simple Q and A with local Jamaicans 'why is the island so notoriously haunted?' turns into a surprising revelation of the true pain handed down from the country's slave history. An eye opening look at the truth behind the metaphysics...or is that the metaphysics behind the truth?

Q&A with Michael Phillip Edwards after the screening. 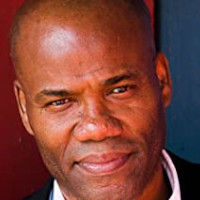 Michael Phillip Edwards is an award winning producer writer director of feature film, documentary and theater. He is the owner of production company MPE PRODUCTIONS, formerly RUNT PRODUCTIONS responsible for such titles as RUNT the Special Jury  Prize award winner at the Pan African Film Festival (based on his award winning one man play), MURDER 101, a feature thriller now available on AMAZON, NETFLIX and various other outlets, SIDES a comedy featuring COOLIO and WHO ARE THE SCOOBY BROTHERS? a documentary following the lives of 3 aged but still sexy 'rollerskating brothers' from south central LA who've seen it all. Both currently touring the festival circuit. Upcoming Theater productions from MPE PRODUCTIONS include BLOOD featuring Phrederic Semaj and SISTER starring Erica Gimpel; this February at Theater Theatre in Hollywood.