A documentary that chronicles the life of young college professor Angela Davis, and how her social activism implicates her in a botched kidnapping attempt that ends with a shootout, four dead, and her name on the FBI's 10 most wanted list.

Written and Directed by Shola Lynch Q&A with friend and colleague Ayuko Babu.

Free Angela and All Political Prisoners 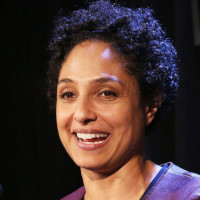 Director Shola Lynch has been mining the rich terrain of black American history for a while now, notably in the award-winning 2004 documentary Chisholm '72: Unbought & Unbossed, about the 1972 presidential campaign by the late Congresswoman Shirley Chisholm, the first African-American and the first woman to mount a serious, credible run for the office, and most recently with last year's Free Angela Davis and all Political Prisoners, her soulful, illuminating documentary about the activist icon's notorious 1971 trial on charges of conspiracy, kidnapping, and murder.