Jester Hairston's compositions would become a commemoration of the Spirituals: "spiritual songs" that were sung by slaves, offering them hope, faith, and inspiration that one day they would be free: even as they toiled long days and nights on the dusty plantation fields of the South. These same Spirituals later gave birth to various genres of modern day music, including call and response hymns, blues, and jazz.

Amen - The Life and Music of Jester Hairston

Amen - The Life and Music of Jester Hairston artfully reveals each stage of Jester Hairston's long life; from apprentice to choral director, to Broadway and beyond. It ultimately unites Dr. Hairstons' personal and professional career with the 20th century evolution of African American music. It is a celebration of both Spiritual and American music and the contributions Jester Hairston made in shaping the contemporary history of such traditional sounds. 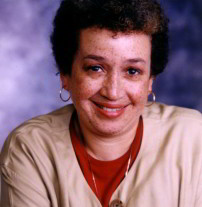 Lillian Benson, Co-Director/Producer/Editor - For over 30 years, Lillian Benson has been editing television, programming, and feature films. The New York native was nominated for an Emmy in 1990 for her work on the acclaimed Civil Rights series, Eyes on the Prize II - editing the episode on Dr. King's last years. She soon went on to make her directorial debut with the 2003 documentary All Our Sons - Fallen Heroes of 9/11: the story of the firefighters of color who died at the World Trade Center. The film was broadcast nationally on PBS and subsequently shown at several international film festivals, including FESPACO in Burkina Faso, West Africa.

Lillian Benson was the segment producer, co-writer, and editor for the PBS film Shared History. Her PBS film credits include Wired Science, The Meaning of Food, The Great Depression-A Job at Ford's, and Infinite Voyage, which was broadcast on KQED. She was editor of the 2008 Peabody Award winner Craft In America - Community, which premiered on KCET. Lillian Benson has made contributions to films that have been nominated for five Emmys, four Peabody Awards, and numerous other honors. On the narrative side, she was editor for the Lifetime documentary Life is Not a Fairy Tale: The Fantasia Barrino Story and the Paramount/Showtime series Soul Food. Today, she continues to edit documentaries that reflect on the role of minorities and women in society.

Ms. Benson was exposed to spirituals as a young girl; her family traveled south to the Carolinas every summer where she remembers attending revival meetings. What stood out to her, was the richness of the music being sung by the choir and the deep reverence of the singers. Lillian Benson came to filmmaking after graduating with a Bachelor of Fine Arts Degree, and 1991 became the first African American female member of American Cinema Editors: an honorary society of film editors. She currently serves on their board of directors. Ms. Benson is also a member of the Academy of Television Arts and Sciences. 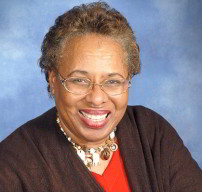 Dr. Caldwell is the founding director of The Georgia and Nolan Payton Program & Archive for the Study of African Diaspora Sacred Music and Musicians, which has launched the development of this film. Under her professional guidance, the Archive's work has been awarded grants from the National Endowment for the Humanities as well as the California Council for the Humanities. She has been part of the membership of the Board of Directors of both the Los Angeles Philharmonic Association and the National Association of Negro Musicians, served as an advisor to the Southeast Symphony Association, and was formally president of the Southwest Heights Philharmonic Affiliates. Hansonia Caldwell's appreciation for the sacred music of the Diaspora period, coupled with the contributions she has made to the Georgia and Nolan Payton Archives, underscore the list of her accomplishments. Dr. Caldwell has authored several books, including African American Music, A Chronology: 1619-1995, and African American Music - Spirituals. Her biographical profiles of famous composers such as Jester Hairston and Gertrude Rivers, have been featured in The International Dictionary of Black Composers, a project of the Center for Black Music Research. Her work has also appeared in publications such as the American Society of University Composer Proceedings, The Black Perspective in Music, and the Black Music Research Journal.

Dr. Caldwell's love for Spirituals blossomed at an early age; she began performing Jester Hairston's compositions during her teenage years. Mrs. Caldwell proudly recalls being a member of the Knox Jewels at the Knox Presbyterian Church of Baltimore Maryland, where Spirituals were an intergral part of the church's musical repetiore. Today, as the Director of the Chancel Choir of Knox Presbyterian Church of Los Angeles, she pays tribute to Jester Hairston's music through song, while Spirituals have shaped contemporary hymns and songs of praise performed at the Holman United Methodist Church, where she is currently a member.

To both colleagues and the community, Hansonia Caldwell remains a well-respected figure whose dedication to the work of the African Diaspora Sacred Music collection has proven over time to be unparalleled, as she demonstrates the importance of retaining the history of Spirituals through her life's work

Alfredo was born in Buenos Aires, grew up in Lima and moved to the U.S. when he was nine.

Discussion after the screening.