1804: The Hidden History of Haiti is a documentary film by filmmaker Tariq Nasheed. Nasheed is the producer of the #1 selling African history documentary series Hidden Colors. The new film 1804 talks about the untold history of Haiti and the Haitian revolution, which was the most successful slave rebellion in history.

For years, certain people in Hollywood have tried to come up with the resources to do a film about the Haitian revolution, but they were halted by different challenges because of the controversial subject matter.

But we feel that the unknown history of Haiti should be uncovered and taught to a global generation of people who will see the perseverance of the Haitian people as a source of inspiration.

This is the first time a documentary film has gone in depth into the history of Haiti, and the film will also explore the real reasons for the current state of Haiti. 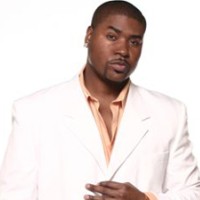 Tariq Nasheed is an American film producer and media personality. Nasheed's books on dating and finding women include The Mack' Within, The Elite Way, and The Art of Mackin'. Nasheed has also authored two advice books for female readers: Play or Be Played: What Every Female Should Know About Men, Dating, and Relationships and The Art of Gold Digging.